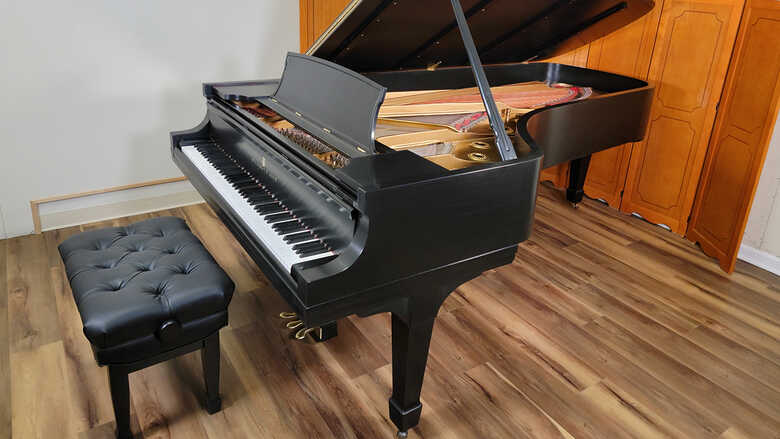 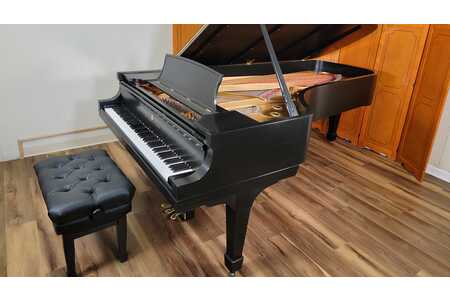 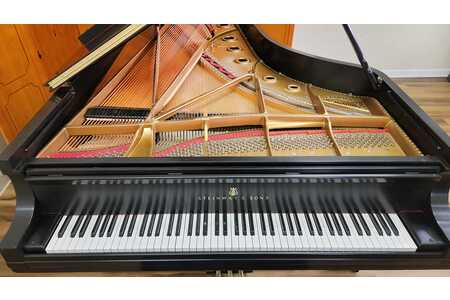 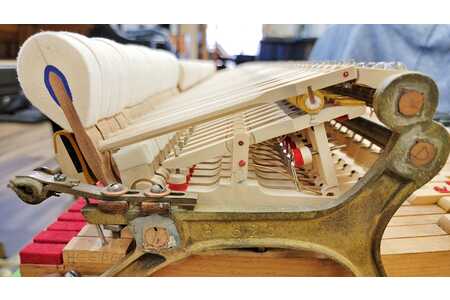 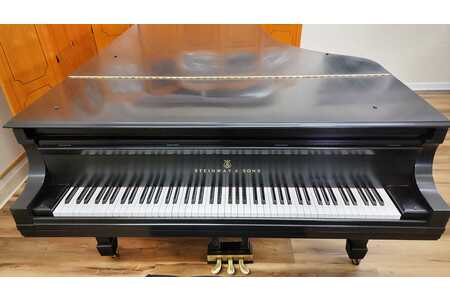 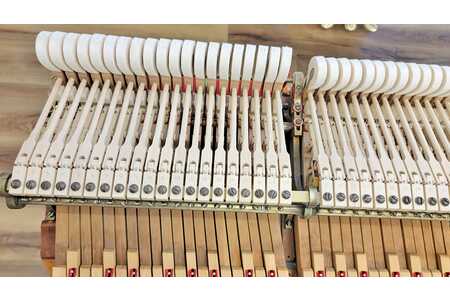 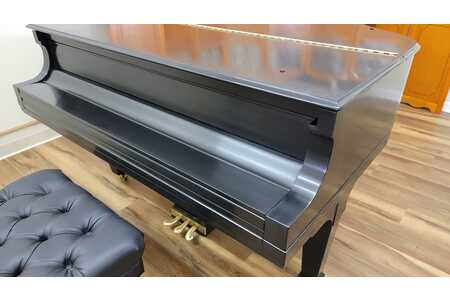 Email a Friend
Send to a friend
Presenting, one of the great Steinway Concert Grand Pianos. Every Steinway concert grand has its own unique sound and character. When concert artists choose pianos, they look for various attributes to suit their personal preferences and particular style of playing. But every now and then, there’s a concert grand that stands above the rest with such captivating tone and inviting playing experience, that it seems that everyone is drawn to the instrument. This is one example of such a piano.

When I was in music conservatory, there were two Steinway model D concert grands on stage in the recital hall. Both pianos were meticulously cared for. They were tuned daily! They both were great instruments. Yet universally, pianists of all styles and abilities were so taken with just one of the pianos. What is it that makes such a piano?

While each Steinway concert grand is crafted to the same scale design, there are two factors that come into play in regards to how each instrument comes out of the line: the particular craftsman who worked on the piano, and the specific woods that went into the instrument. The most significant part of the piano which produces its unique sound is the soundboard.

This piano has a soundboard with exceptional tonal characteristics

Steinway strives to make the best possible pianos they can on all the instruments they manufacture. But some instruments go beyond what the normal range of sound of what is typically heard out of the same model. So, what about this particular piano?

The soundboard is in immaculate condition and didn’t require any repairs when being rebuilt. The crown (which is responsible for the tone of each piano) produces a rich, colorful sound in the bass, and long sustained tone in the treble.

Only Hamburg Steinway pianos are typically produced with Renner actions. (Steinway owns Renner.) Although this piano was manufactured in New York, it has Renner parts which were utilized in the rebuilding of the piano.

The piano was restrung with a new pinblock which is outfitted with new #2 tuning pins (the same specification used when the piano was originally manufactured).

The back action, and dampers and damper rail bushings are all new. The trapwork (the pedal assembly), has also been rebushed with new felt.

The piano case has also just been refinished with the same type of multi-layers of sprayed lacquer which is hand-rubbed for a lustrous presentation.

Pianos like this don’t come around very often. If you are after a superbly restored Steinway D on the highest level of performance, this is a piano worthy of your consideration.
Posted: 01/17/2022 Views: 608
Email the seller