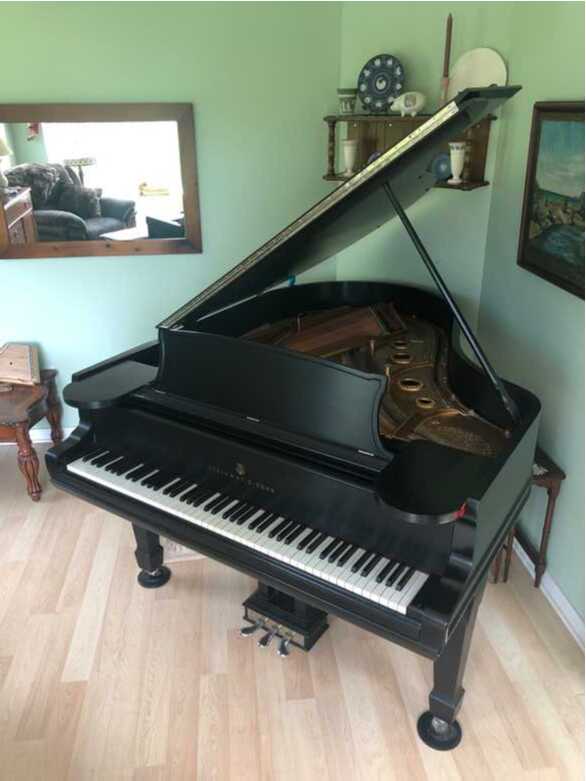 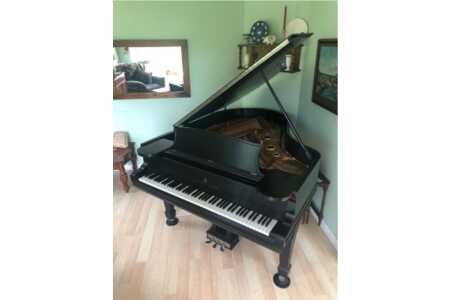 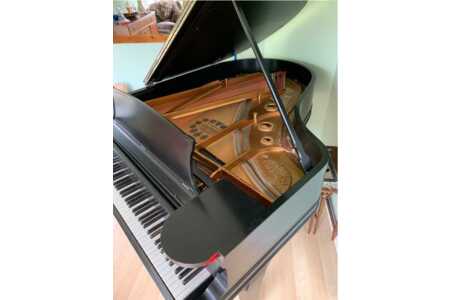 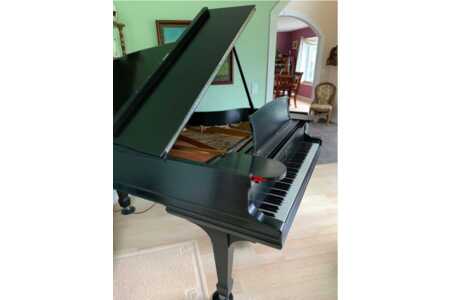 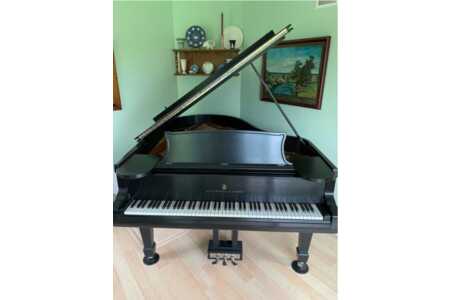 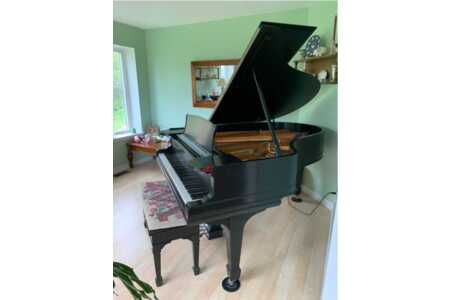 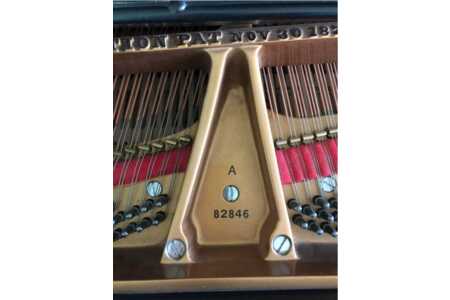 Email a Friend
Send to a friend
This piano was finished on August 7, 1895 by Steinway & Sons in Astoria, New York. It is a New-York Grand Model A Ebonized (Serial #82846), 7 1/4 octaves (88 notes), 3 pedals, that is six-foot and round-tailed. It was shipped to the former dealer S.E. Clarke & Co. in Detroit, MI on October 15, 1895. It’s first home is unknown, but in the 1950s, it was purchased by Detroit clothing store owner, Paul Stieler, because his youngest child, Betty, wanted to learned to play the piano. It remained in the Stieler home until Paul’s retirement and then it moved with the family to their lake home in Algonac, MI, but languished once Betty moved away for college and started her own family. In the late 1980s, Betty decided that it was time for her two daughters to learn to play, so the piano was brought to her home in Grand Rapids, MI.
Not holding a tune well anymore, Betty made the decision to have her piano fully restored in 2007. The work was done by Chupp’s Pianos in New Paris, IN. The soundboard was sent to Cantabile Piano Arts in Yonkers, NY where Luis Cajas restored and signed it before it was returned to Chupp’s. Now Betty’s piano looked and sounded fantastic and several great musicians Betty knew always considered it an honor to play it.
In 2010, Betty moved into a retirement facility; however, her eldest daughter had a house large enough for it so now it was time for Betty’s grandson to learn to play! Betty has since passed away and neither of her daughters or grandson took to playing like she did, so the family has made the decision to sell “Betty’s Piano”.
In May 2021, Pearson Piano Tuning conducted a thorough inspection and completely serviced the piano. Documentation of the 2007 restoration and 2021 service is available upon request.
We so hope "Betty's Piano" will find a great home where it can continue to be cherished as the fine instrument it is. 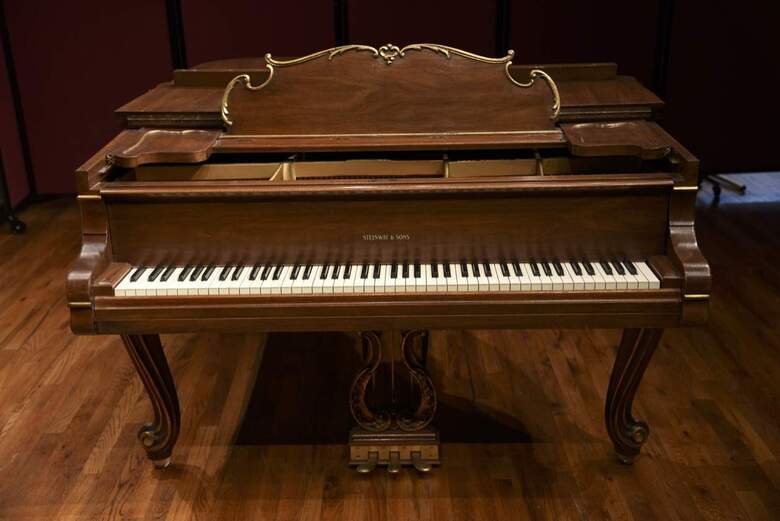 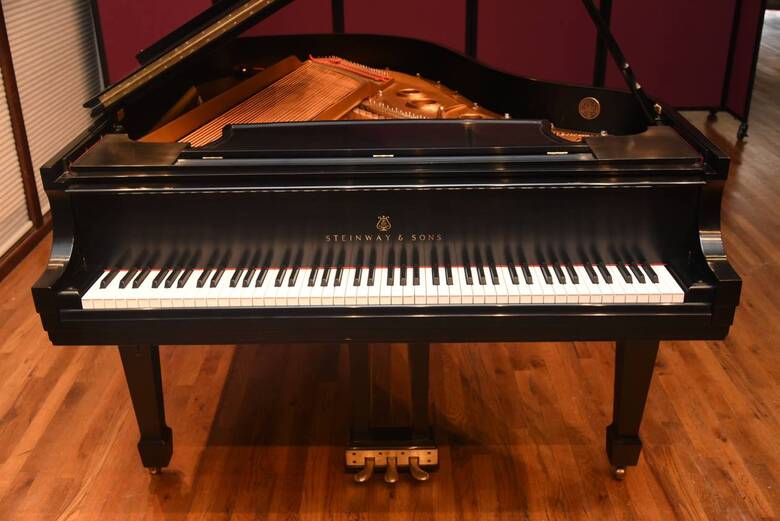 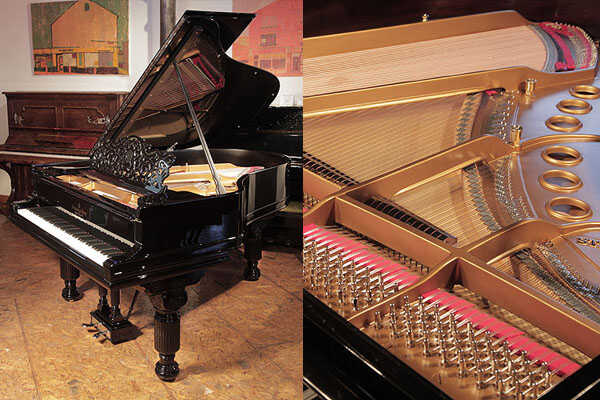 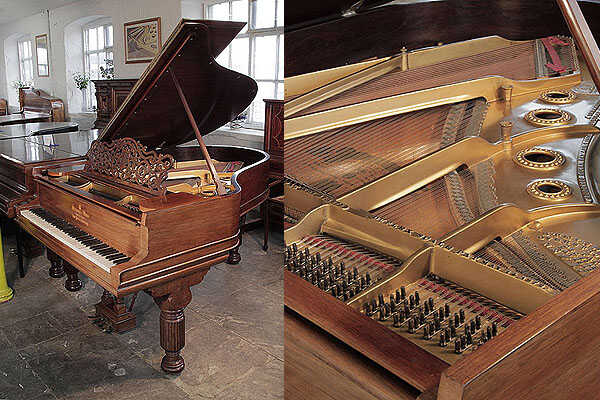 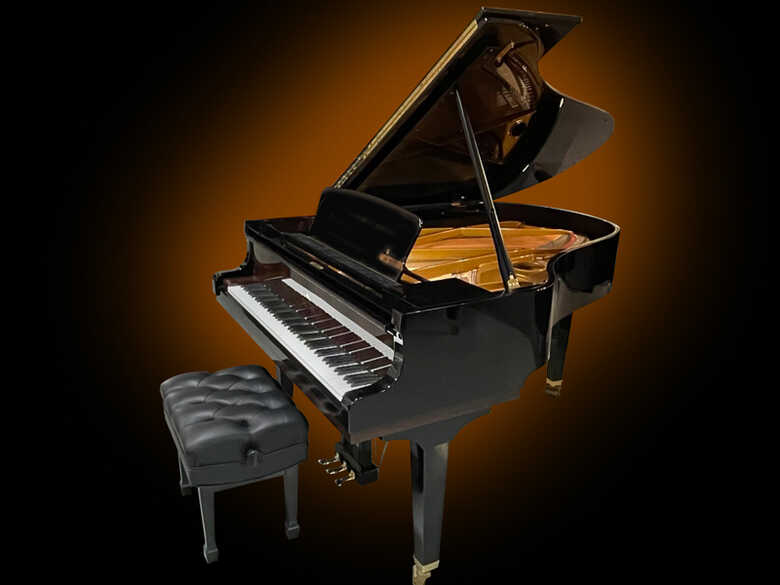 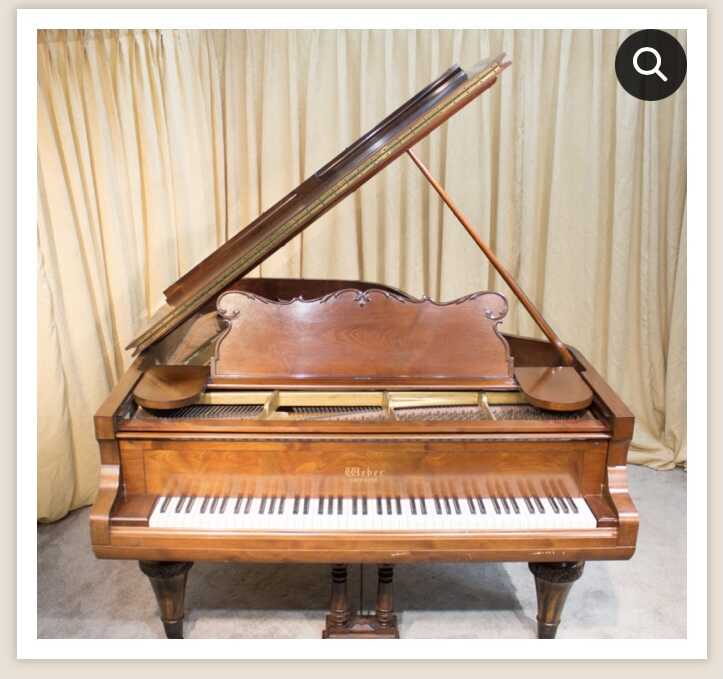 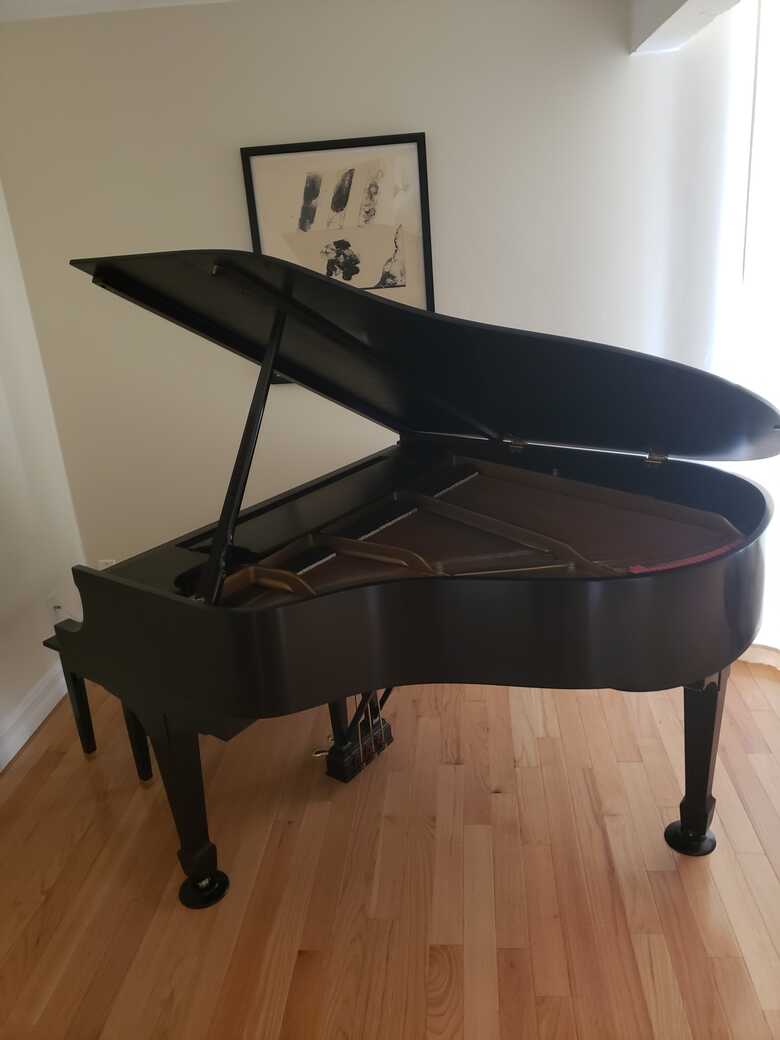 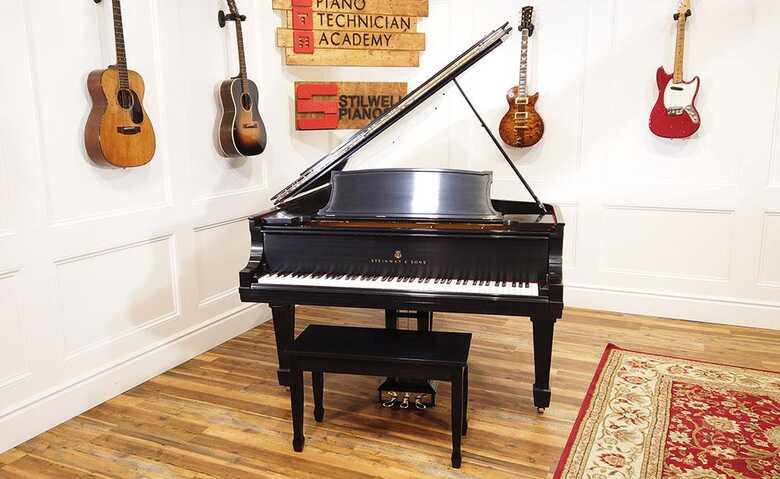 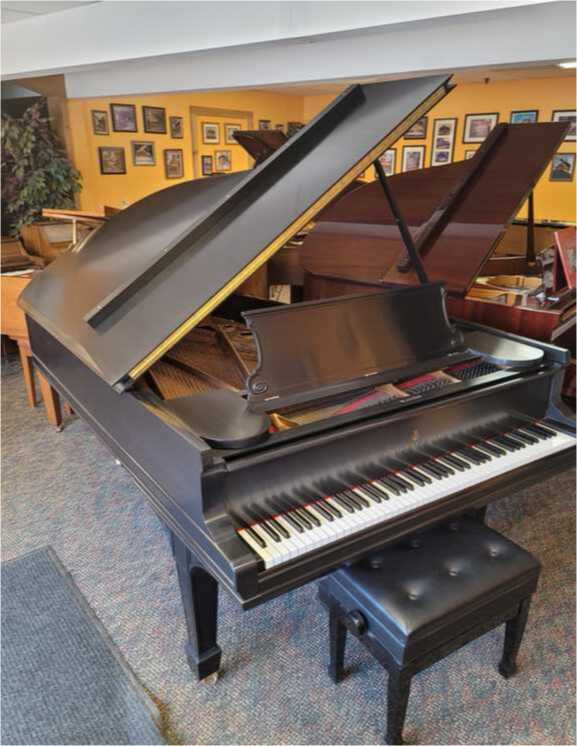 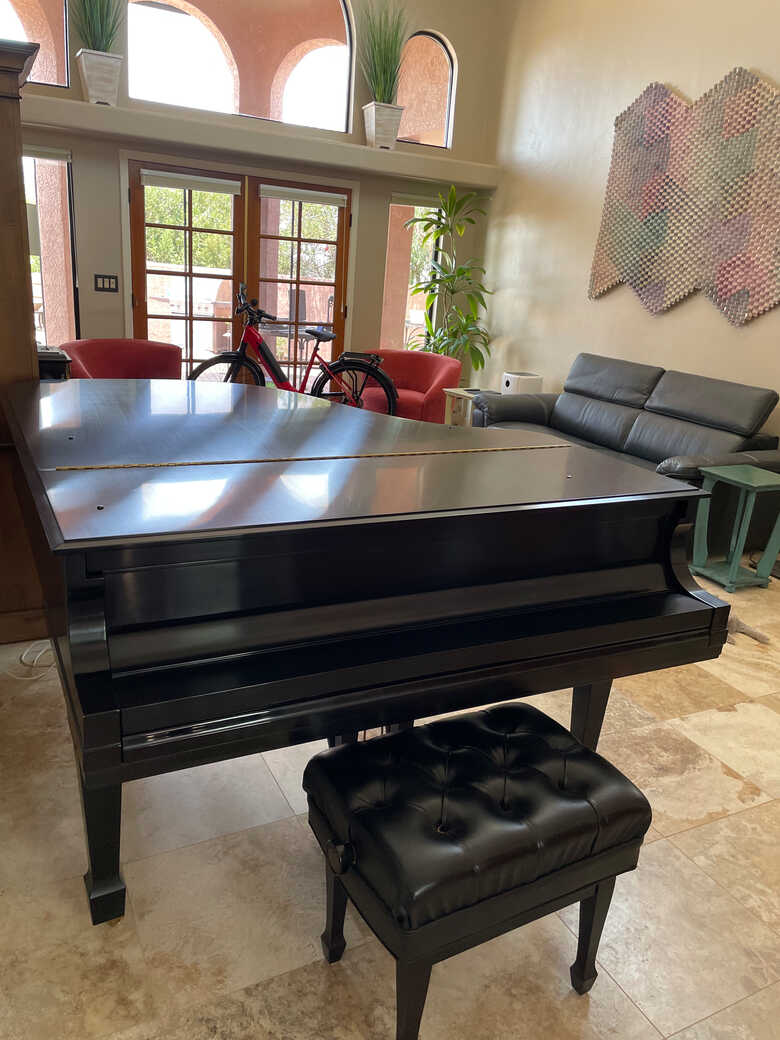 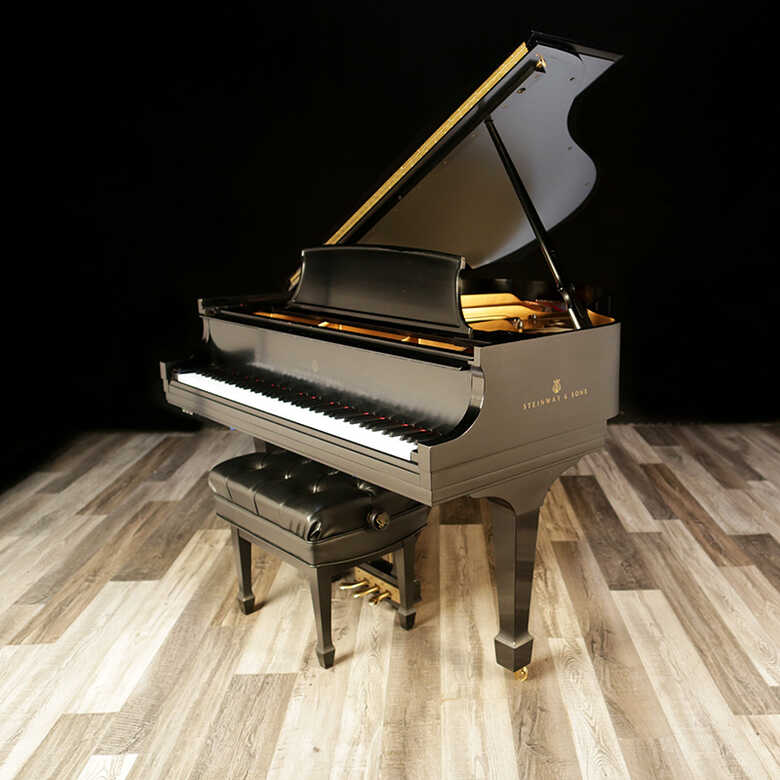 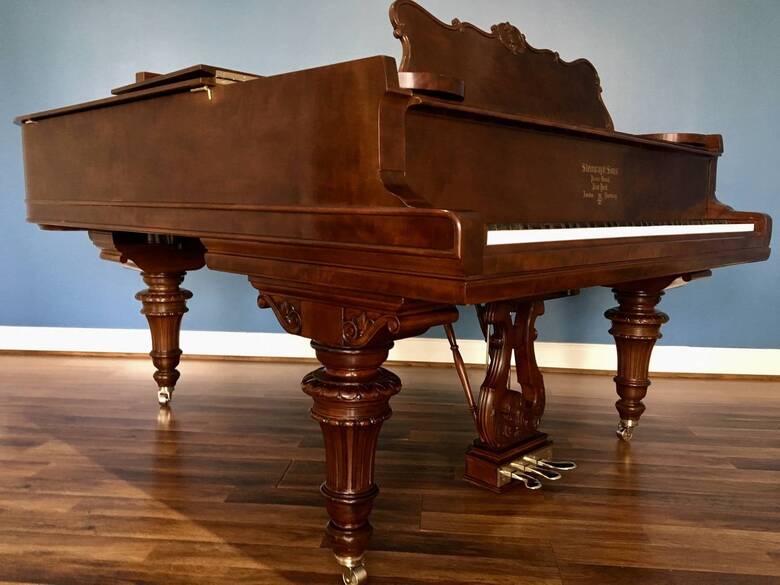 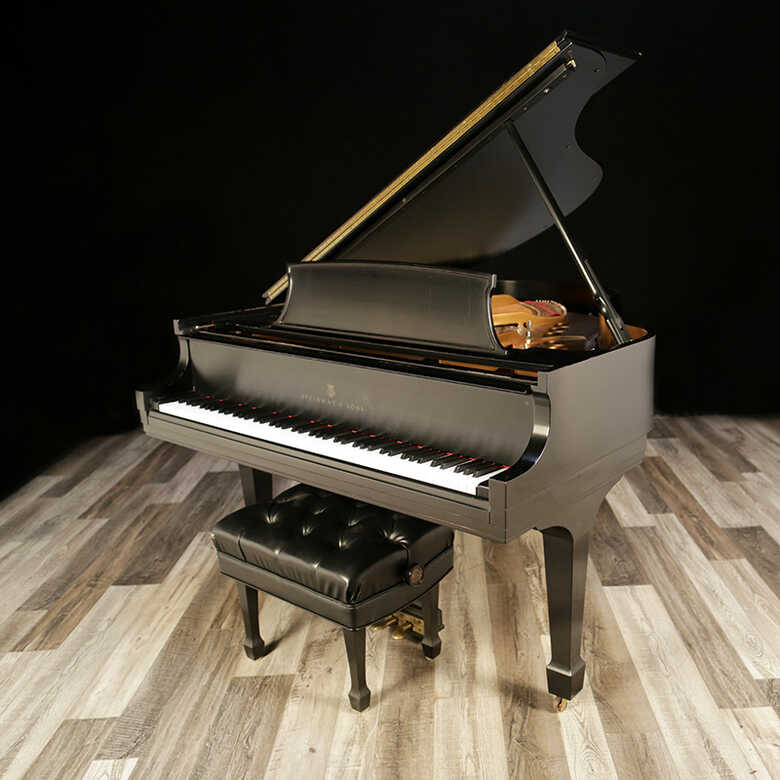